Well folks, another week has flown by and it is time for a further update on works at the Victorian Goldfields Railway’s Maldon workshops. Last time out we featured work on K153 in preparation for her annual boiler inspection. After the post went live we realised that we had made an omission which might have made it difficult for some to follow! We covered Mick drilling out and replacing one stay “between the sheets” and we also covered gun welder Darren working on a stay on the throat plate. Those with a bit of knowledge would have picked that they are not anywhere near each other! That’s right, we did more than one. In the image below we see the Throat Plate stay in the process of being removed. This one almost broke Mick’s hand while he was trying to drill it out – the stay had suffered much corrosion and was far thinner than anticipated and the drill bit jammed on the edge of the cavity created. As one wag commented “you’d be worn too after 78 years”!

While all of the work on K153 was happening there was still time for some other tasks to be done either by those not involved with the K or in the downtime waiting for welders or inspectors to arrive or for Bricks to set. There was light at the end of the shed for QR272 and with everyone heartily sick of the sight of it there were plenty of willing helpers to finish off the job. Below we see some of the crew applying a sump oil finish to the new deck to protect it, using enough for it to drip through to protect the new steel underneath as well.

Once that was done it was time for an active brake test before outshopping. VGR stalwart, tireless volunteer and ex President Paul was on hand to do the honours. After the successful result (which was a relief after the dozens of man hours spent on the brakes) the wagon was hauled out into the Maldon sunshine.  Described as the “greatest achievement of the last 3 months” by one workshop team member clearly happy to see the back of it! All that is left now is a quick coat of paint and stencilling and it can head out on duties with the Civil crew. 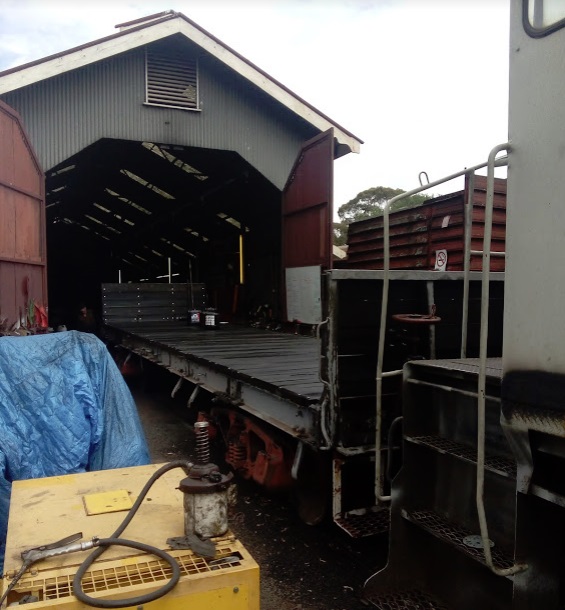 Getting there is half the fun

With that job done attention turned back to Y133. With the VGR’s Young Volunteers Group threatening to apply the Blue and Gold straight after Christmas there is no time to lose in finalising the structural repairs. Below we see Baz cutting some more rust out, first inside the car body and then outside. 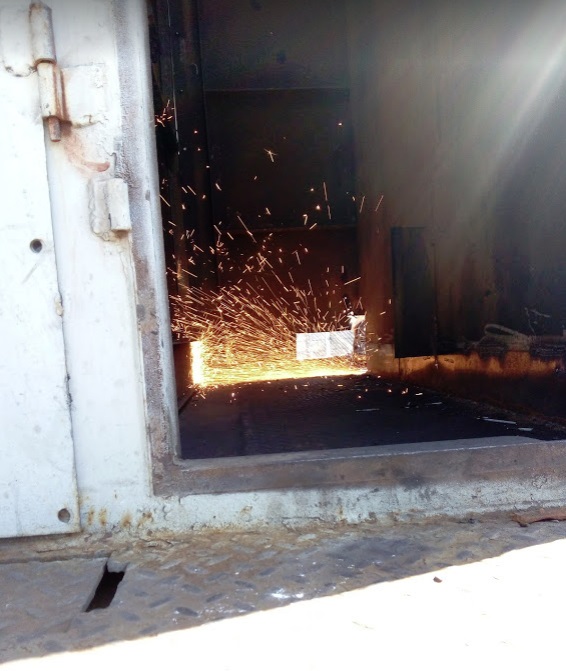 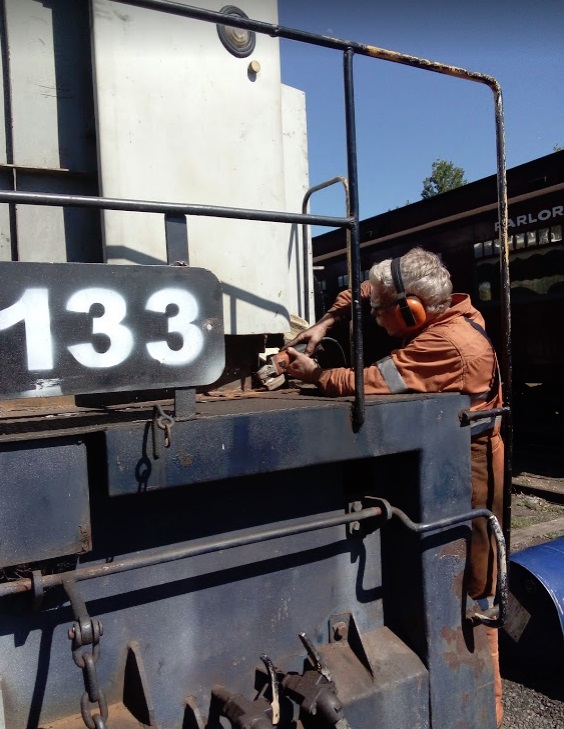 With that done it was time to start welding in some new material. YVG member Riley was on hand to snap some shots of the work. Below we see the same part of the nose with the new material welded in. 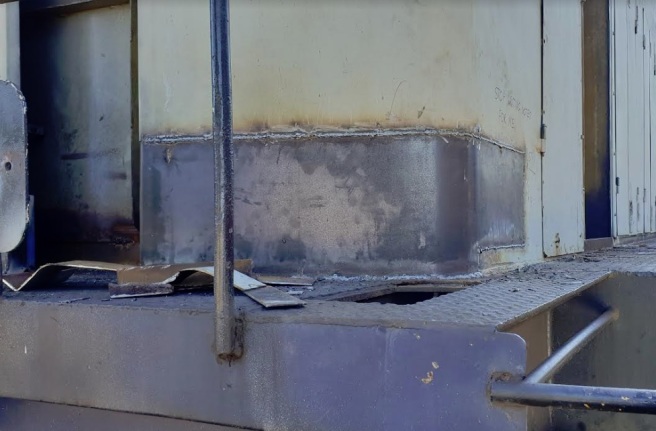 Next time out we will feature a few more of Riley’s shots as the holes are filled with shiny new steel. Thanks to Riley and Mick for extra photos. Keep up the great work guys (and gals)! And remember that the workshop is always looking for active volunteers, if you think you have got something to offer contact Mick.

View all posts by vgrworkshop

Have you checked out our other VGR Blog?